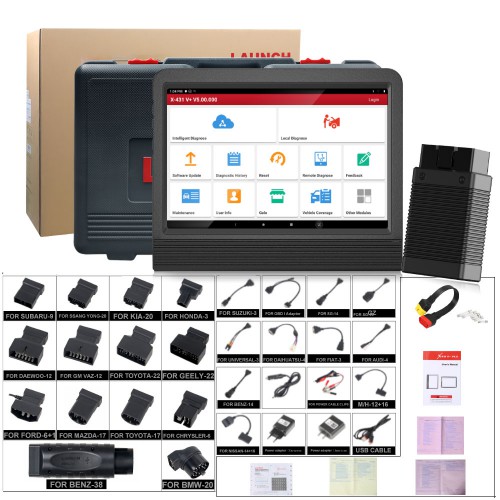 This article aims to tell the customers “How to Prepare Your Launch X431 V+ PRO3 to Be Ready For Vehicle Test”. Check specific content below.

We should first know the “Diagnostics toolbar” of this tool:

After that, we should also know how to do the “Connections” in this tool.

Supposing it is under Normal testing conditions:

* Turn on the vehicle power supply.
* Vehicle battery voltage range should be 9-18V.
* Throttle should be closed at its close position.

Get to know the DLC location:

The DLC (Data Link Connector or Diagnostic Link Connector) is typically a standard 16-pin connector where diagnostic code readers interface with the vehicle’s on-board computer. The DLC is usually located 12 inches from the center of the instrument panel (dash), under or around the driver’s side for most vehicles. If DLC is not located under dashboard, a label should be there telling location. For some Asian and European vehicles, the DLC is located behind the ashtray and the ashtray must be removed to access the connector. If the DLC cannot be found, refer to the vehicle’s service manual for the location. 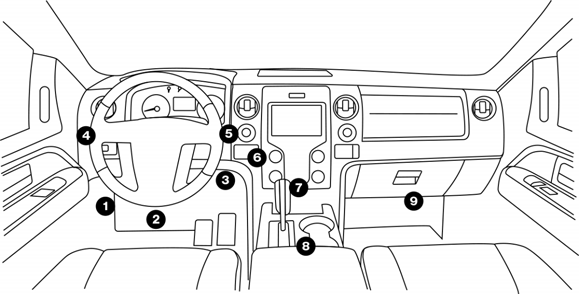 Then, (1)the Vehicle connection (For Passenger Vehicle Configuration):

The method used to connect the VCI device to a vehicle’s DLC depends on the vehicle’s configuration as follows:

Follow the steps mentioned below to connect OBD II vehicle:

For non-OBDII vehicle, proceed as follows:

* Locate vehicle’s DLC socket.
* Select the corresponding non-16pin connector.
* Plug the non-16pin end of the connector into the DLC socket, then connecttheother end to the OBD I adaptor, and then tighten the captive screws.
* Connect the other end of the adaptor to the included VCI device.
* If the pin of the DLC is damaged or has insufficient power, please follow theeither of the following methods to proceed:

B.Battery Clamps Cable: Connect one end of the battery clamps cable to vehicle’s battery, and the other end to the power jack of OBD I adaptor.

The method used to connect the VCI module to a vehicle’s DLC depends on the vehicle’s configuration as follows:

A. OBD II Vehicle Connection: Plug one end of the diagnostic cable into thevehicle’s DLC, and the other end into the diagnostic socket of the VCI module,and then tighten the captive screws.

a). For commercial vehicles, refer to the above connection method to proceed.

That’s all. Thank you for sharing your time with us!