Is it possible to use the Renault Clip through the Passthru interface? Which device pass-through do you recommend? What do we need to change? Yes, it’s possible. You need to trick Clip into believing that yourpassthru (j2534) vci is an Alliance VI probe.

There might be multiple ways of doing this, but the simplest that I have discovered is to set “Vendor”=”79B” and “Name”=”1B” on your passthru registry settings in HKEY_LOCAL_MACHINE\SOFTWARE\PassThruSupport.04.04\<VCI>.

We recommend creating a new vci entry by exporting from the registry and editing the registry file. People have used DrewTech Cardaq Plus, Ford VCM2, VAS5054, Daf VCI, Scanmatik and PCMtuner. Communication with some ECUs has glitches, but most work fine.

Renault has the multimedia CAN bus on OBD pins 12 and 13 so you will most likely not be able to access the ECU on that bus unless your vci can route a second CAN channel to those pins. If you really need access to that bus, you can make yourself an adapter cable and redirect the CAN pins by intercepting the pass-through API calls.

This might be very useful to a lot of people.

People have tested some j2534 cables with CLIP. Some worked, some failed.

Can Clip V202 is the best version so far, some versions have activation issues (i.e v205), could not make it work.

I have try with VXDIAG interface on Megane 2015, it detects the interface and also detect the car very fast,
but after enter the network test the software crash, something about CAN1 ,, CAN2 etc error.

The error comes from AcqBoardJ2534Adapter.dll and it was on Clip 198.

VXDiag supports Can / Can PS but does not support Can CH1 / Can CH2, the firmware is too old for Clip and the new RSN interface.

VCX Nano will not work interface is limited by licensed. It is not recommended as passthru for CLIP.

I am using VCM2 and it works fine.
You can use any version of vcm2 you need to rename in the 1B / 79B registry. The clip I use v202 works fine

Scanmatic2 Pro original: Yes, 100%
Scanmatik 2 saves entries in the registry so it should work, I tried on the original passthru and it worked very quickly.
worked flawlessly on scanmatik2 pro. also tested ok with autel j2534 with can clip v203 and reprog v191.

Can Clip pass thru goes good with pcmtuner. It works no issue. It is actually a Scanmatic2 pro.

win10 work but on old xp can’t run for now. Makes change in vendor and name but keep the registry backup just in case 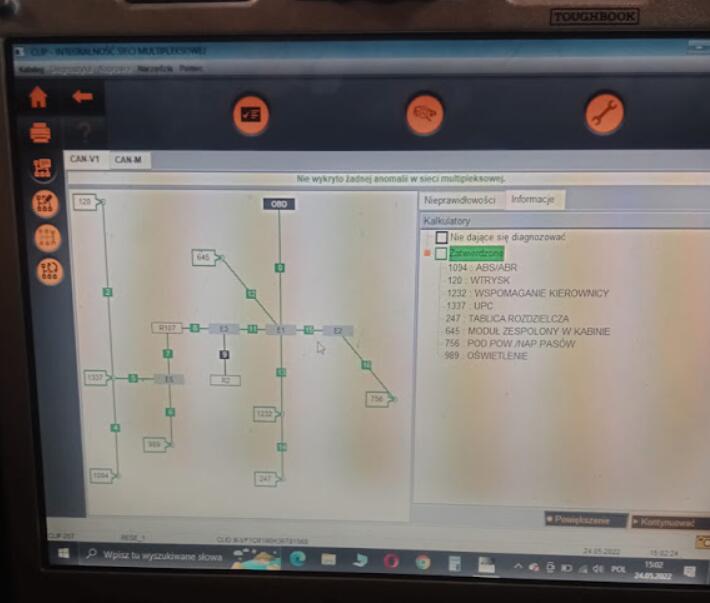 both original and clone Openport 2.0 works without problem.

Tactrix Openport clone is a cheaper solution, as the Vxdiag licence may have issues after you modify the Registry files.

it should work fine with GM MDI2 Original.

you are making changes only in the registry, nothing on MDI2.

make sure you backup the registry file before making any changes.

I tried my Cardaq-M with method above, and it worked.

OK, I exported my cardaq registry entry from list of pass thru adapters and edited reg file in notepad.

Changed name to “1B”

Then imported the new entry into registry.

If yours Vas 5054 driver is installed ok,Clip software is choosing the interface.You did not have to do ANYTHING.For sure you did not succeed all steps for installing vas driver.
Do not expect for vas 5054 to work on same windows with xentry,because are using different setup. Xentry is using Vas 5054 as Passthru ,Clip do not.

BUT the best and most economic interface for Can Clip so far is,