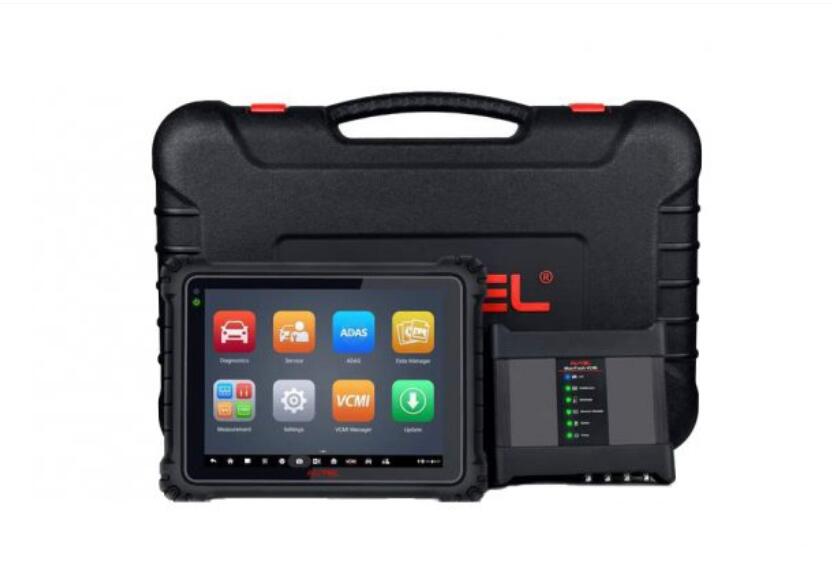 I’ve been using the Ultra for about a month now. So far I’ve been happy with the purchase. Would buy again.

The scanner portion is very much like previous Autel offerings. Very similar offerings and performance. Like most other aftermarket scan tools, it has strengths and weaknesses. 😆 Autel has never worked perfectly with Chrysler/Dodge/Jeep/Ram, but works very well on Honda and Nissan. Like that. The network topology feature is definitely cool, but hasn’t come in all that handy yet.

The whole scope the DLC without a breakout-box is the same. Very cool, but has yet to make me money. Oh well, I’m sure it’ll have its day. The CAN decoding also works, but only on some networks. Works on my ’15 Equinox, but not on the ’13 Sentra. Not a deal breaker.

For me, the game changer has been the scope. Specifically the wireless feature. For example, I was scoping a Nissan Armada heater control valve: 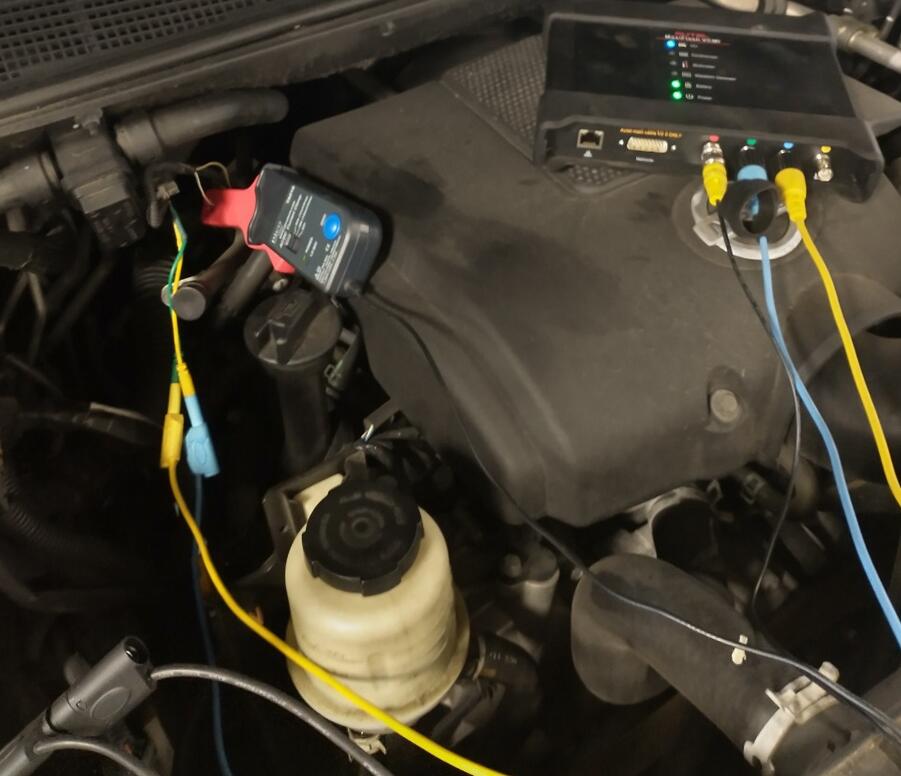 Set up this way, I can sit behind the wheel while running the HVAC controls, WHILE watching the scope. B) No getting the capture going, then having to recapture it because you had a setting wrong. No flagging down another tech to run the HVAC controls while you’re watching the scope. It’s the same with other tests – relative compression, in-cylinder, head gasket checks. If you’re rolling solo, or a helper is busy making money, this could be hugely valuable. It’s still no Pico replacement, but it’s darn close. 😉

I only wish the Ultra kit came with low and high amp probes? I know there’s an add-on kit, but I’d still go with Pico or AESWave offerings instead. The included screen protector was garbage. 🙁 Replaced it with an AESWave protector quickly.

The MaxiFlash MVCI is… huge. 😆 Just like the scanner itself. Takes up a lot of floorboard space if you’re trying to take this rig on a test drive. Used it to flash two GM products with no issue.