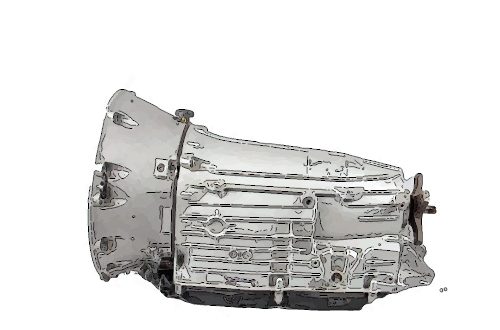 The 7-Speed Mercedes-Benz automatic transmission is known as: 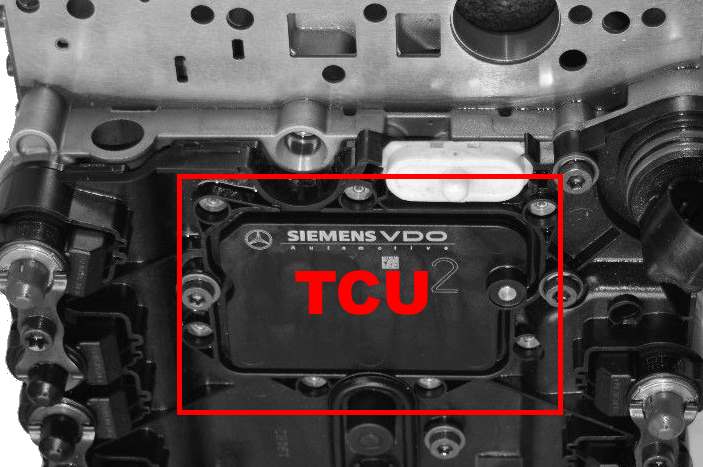 Location of the TCU mounted on the conductor plate on top of the valve body. Mercedes-Benz 7G 722.9 Transmission

As with the 5-speed transmission, the 7G Tronic has the S / C mode meaning:

Below you will find a list of common problems with the Mercedes-Benz 722.9xx 7G Tronic 7-Speed Automatic Transmission.

This list if for reference only. If you are experiencing problems with your Mercedes-Benz it is important to also read the fault codes from the automatic transmission unit via the OBD-II port located under the dashboard. In order to do that, you will need a scanner that can read TCU fault codes on a Mercedes. Any of the following scanners (Amazon links provided) should work:

This is a list of common problems with the 7-speed 722.9xx transmission:

* Transmission does not shift gears or work properly until it warms up.
* Delayed or unpredicted shifting of gears. Upgrading the TCU software and resetting the transmission shift points may solve this problem. You will need either the dealer or an auto repair shop that has Mercedes Star Diagnostic C3 or C4 scanner.
* Transmission slips between 1st and 2nd gear. As soon as this is detected by the TCU, transmission goes into limp mode. Turning off and then off the engine may temporarily return the transmission to normal operation.
* Conductor plate defective. Replacement required which can cost between $2000-$3000. The first generation of the 722.9 may require the replacement of the valve body as well.
* Accelerating from a stop light can cause the car to get stuck in 2nd gear, limp mode.
* Standing water in contact with the housing can cause damage to the transmission housing if left in contact for several weeks.
* Hard shifting trasnmission problems.

Defective valve body or the conductor plate are usually the cause for these problems.

The most common fault codes of the 7 Speed Automatic Transmission are listed below.

This problem is usually fixed by replacing the conductor plate or the valve body which depends on the VGS version. If a new TCU is installed, it will require programming to match the VIN of the vehicle.

How to diagnose 7G Tronic Problems

The 722.9 7G transmission has no oil dipstick. It doesn’t have a dipstick tube either therefore you will not be able to use the Mercedes 722.6 Transmission Fluid Dipstick Tool.

Whenever there is a problem with your transmission or certain sensors that send data to the TCU, the 7G Matic transmission goes into limp mode. During LIMP HOME MODE operation the transmission gets stuck in second gear and then it refuses to change the gears. In second gear you can reach speeds of up to 30 MPH so that you can take the car to your mechanic.

If your MB is stuck in second gear (limp mode) don’t panic. It can be something as simple as low transmission fluid. It could even be something not directly related to the transmission such as a defective ABS sensor, brake light switch or even a steering angle sensor. The automatic transmission in your Mercedes Benz is an electronically controlled transmission and depends on input from several sensors to work properly. Often all you need to do is read the trouble codes with adiagnostic scanner to find the cause of your transmission getting stuck in gear. 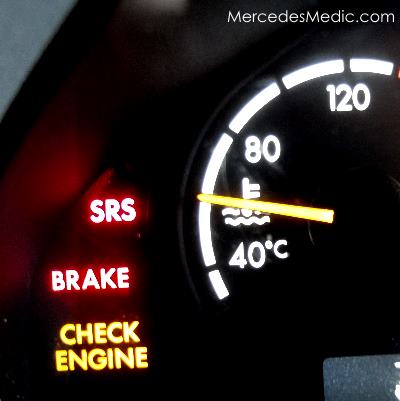 srs warning lightIf the check engine light is on, use a diagnostic scanner to retrieve the fault codes. Any of the Best Selling Diagnostic Scanners on Amazon will be able to retrieve the OBD2 codes from any Mercedes after 1996. You can plug the scanner into the OBD-II port located under the dash on the driver’s side. Look right above the brake pedal. Once you connect the scanner press the READ button and after a minute or two your should have a trouble code such as P0715 or P0700.

For those who would like to perform in-depth transmission troubleshooting, you will need an advanced diagnostic scanner. A OBD II / CAN Scanner that can read Transmission Contol Unit (TCU) fault codes. The scanners mentioned above can only read codes from the Engine Control Unit (ECU) which will have generic codes such as P0700, P0715, etc. There are very few scanners sold online that will allow you to read codes from the TCU on a Mercedes-Benz: iCarsoft MB IIworks very well on retrieving the fault codes but only works on Mercedes-Benz. The Autel DS708 is a professional scanner that will be able to retrieve fault codes not only from the TCU but almost any system on your MB. Not only that but it can perform programming and testing of sensors similar to Mercedes Star Diagnostic C3 or C4. The only downside is that Autel DS708 scanner is a bit more expensive, but on the bright side it may be the last scanner that you will ever purchase. 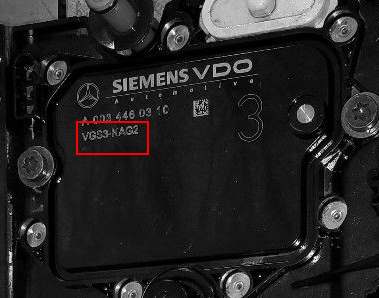 What’s the difference between Mercedes 7G Tronics vs. 7G Tronic Plus?

The 7G Tronic Plus is able to work with Mercedes-Benz models equipped with the start-stop engines. 7G Tronic was not able to support this feature.

7G Tronic Plus provides a better and quicker response from the gas pedal position and movement.

Which Mercedes-Benz models were the first to have the 7-Speed transmission? 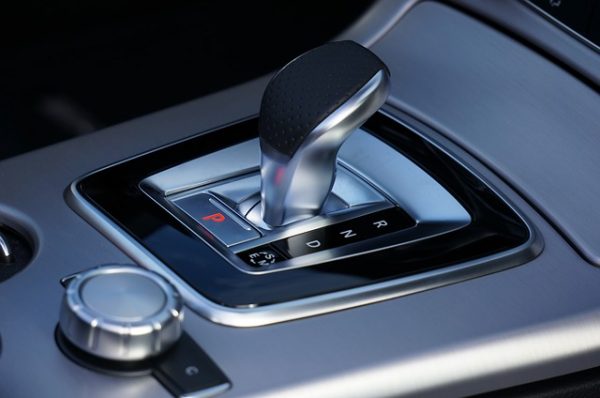 mercedes benz gear selector shifter wont move stuckThe previous generation MB had a rod that every time you moved the gear selector the rod changed the gears from P to R, N, D. While that’s still the case in some MB models don’t be surprised you don’t find a shift rod in the newer Mercedes-Benz cars. That’s because some models such as the W251 and x164 are controlled by wire and not by a shift rod. When you move the shifter there is no rod that moves. Instead, a sensor located the shifter module detects the gear you have selected.

Did you know that during downshifting the 722.9 transmissions can skip gears so that it can match the engine RPMs with the vehicle speed. This is by normal operation. For example, the transmission can downshift from 7th to 3rd gear if you are cruising on the highway and suddenly you slow down drastically.

The 7G NAG2 transmission was initially installed on many models that had the M272 and M273 transmission. It was later installed in all models including 4matics, diesel, and rear wheel drive models. In 2014 the 9-speed automatic transmission replaced the 722.9.

Here is a list of models where you will find the 7G transmission.