One of my vehicle repair workshop friend share his experience for BMW door trouble repair.He described that a BMW F02 with 100,000 km equipment with N52 engine get trouble on door locking.The driver side door can be locked with main control panel but can not unlocked,and other 3 doors neither locking or unlocking with main control panel.More repair cases about BMW,please check here:BMW Trouble Repair

Use BMW ISTA diagnostic software scan the systems,got the below DTCs:

After analyzing the circuit diagram (as shown in Figure 1), it was decided to use the method of measuring the current and resistance of the lock block to determine the fault. 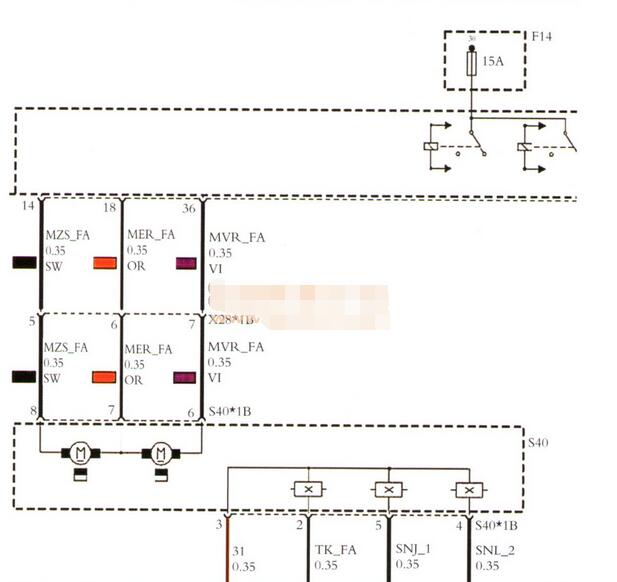 We can measure the current of MZS,MER,MVR at door motor different status to ensure which motor trouble

By measuring the currents on the MZS, MER, and MVR lines on the four door lock blocks one by one, it is finally found that the current of the right front door is too high when locking.

After replace the front right door lock block and troubleshoot

Fault summary: Although it is an occasional fault, after comparing with normal cars, it can be found that the aging of the lock block motor causes the current to exceed the standard range.From the circuit diagram, there is no way to determine the control relationship between the F14 and F15 fuses and the lock block circuit, but from the perspective of the phenomenon, the F14 fuse is damaged and the left front door can be locked and cannot be unlocked, and the other two doors cannot be opened or locked; the F15 fuse is damaged As a result, the left front door can be unlocked but not locked, and the remaining three doors can work normally, but none of the four doors has a deadlock function.